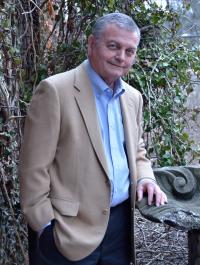 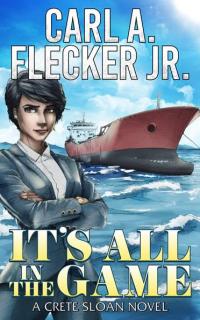 Carl A. Flecker Jr. is an American writer of mystery/detective/thriller fiction. His novels feature the hero Crete Sloan, who labels himself as an "international mercenary for the good guys." Sloan fights wars no one else will take on. Not political wars, rather private wars. He finds kidnap victims, brings justice to the victims of rape and murder, captures stolen property and returns it to the rightful owners.

The title of each novel is a 50s rock and roll song, around which a short sketch is developed, then a very rough outline. Flecker then moves the writing forward a chapter at a time, not quite sure what will happen next, except that the characters remain true to themselves. Flecker spends weekend days at the computer, writing from six until ten each morning. Afternoons are devoted to research.

Flecker was born and raised in Pittsburgh, PA, where he is also a practicing dentist. He spends Monday through Thursday at the dental chair with real men and women, Friday through Sunday at the computer with imaginary characters. Both are a joy to work with.

Flecker began writing at the age of forty-seven, published his first novel, My Special Angel, at the age of seventy. He is a graduate of the University of Notre Dame, The University of Pittsburgh school of Dental Medicine, and the Wecht Institute of Forensic Science at the Duquesne University Law School. He is the father of seven successful children who are scattered throughout the United States.